In the past period it has been a bit quieter with campaigning for a good collective labor agreement for Metalektro. During the holiday period, no consultation took place and we are therefore no closer to a solution. Incidentally, were vakbondand available for consultation when the employers (FME) would come up with a serious proposal. This has not been the case to date.

What asks De Unie and what do employers offer?

De Unie the FME has issued an ultimatum. This ultimatum is based on our proposal letter. A comparison: 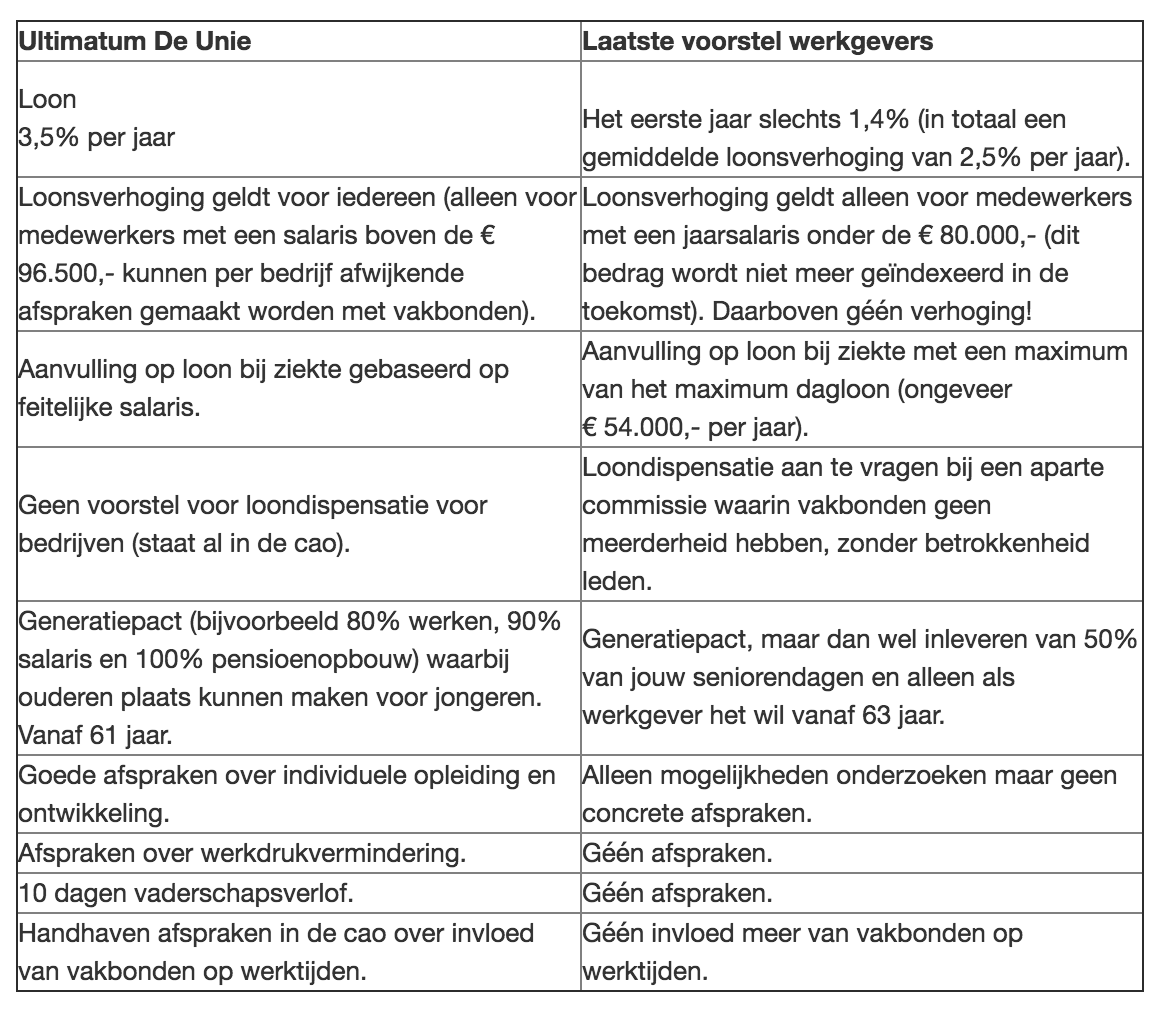 In the 5 negotiating rounds preceding the ultimatum of De Unie we have of course tried to take steps and adapt proposals. But now that employers are not willing to come to an agreement, we have returned to the beginning, our first collective labor agreement proposals.

Read what the progress is and stay up to date on actions where De Unie is present. follow us on www.facebook.com/ikbenmetaal .

What is also important, of course, is the representativeness of De Unie in the consultation. We see that employers are increasingly making negative proposals for middle and higher incomes.

To prevent employers from succeeding, it is important to organize enough opposition! De Unie has strongly opposed these developments during the previous and also during these negotiations. Help us and yourself by checking whether employees working in the Metalektro also want to join De Unie. This allows us to make our sound heard better and better!

Vakbondand ASML have made agreements in the past about adjusted working hours, which have been recorded in a ...

Metalektro Regio Eindhoven and surroundings: At a time when the economy is doing well, employees want their share

At a time when the economy is doing well, employees want their share of 3,5% wage increase in a year, decent arrangements to make it ...

Our experts are happy to help you. Our Service Center can be reached every working day from 8.30 am to 17 pm via 00 0345 851 and sc@unie.nl. Or click the call me back button and we will call you back as soon as possible.